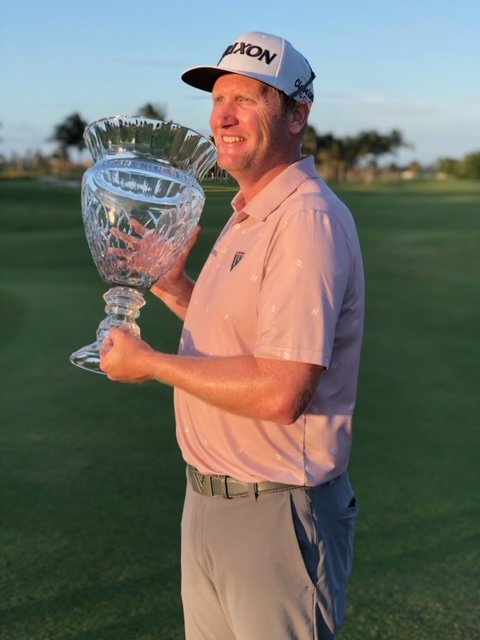 Brehm changed course from his fully-exempt status on the Korn Ferry Tour for one week, and he now has a full-time PGA Tour card after his win at the Puerto Rico Open, played at the Grand Reserve Golf Club, March 3rd-6th.

Brehm had one last exemption after a minor medical issue when he had to withdraw from an event due to Covid-19 from his 2020-21 PGA Tour card year. Then a three-week gap opened up in the Korn Ferry Tour schedule this year and he decided to use it to play in Puerto Rico. With a win or a solo second-place and he would regain his card.

A three-time Michigan Open winner, Brehm won the tournament by six strokes at 20-under par. He made only one bogey all week and fired 5-under par, including birdies on holes 9, 10, and 11 to run away from the pack.

“Starting the year on the Korn Ferry Tour prepared me for this moment,” stated Brehm. “I try to keep improving every day, and each week it got a little better, and then it culminated, and everything just came together.”

Ryan and his wife Chelsey, who caddied for him at this tournament, have been Members at LochenHeath since 2015. When Ryan is not traveling on the tour, he is honing his game at LochenHeath.